InterGalactic Roundtable 2.8: Lawyers, Liars, Lunatics & the Losers Who Love Them

MOXARGON- Greetings puny Earthlings and welcome to another edition of The MoxArgon Group, with me your host Remulak MoxArgon. Joining me are our regular panelists Xran the Fleshrender, Varos Quasar, and Android Cai/7. First topic: The Democrats are making a massive scandal out of the rather routine firings of US Attorneys. What do you think about it?

XRAN- I think the Democrats are living up to their promise to paralyze the American government. It's actually refreshing to see politicians doing what they promised.

VAROS- I think it's terrible that the Republicans were firing people because they were investigating and prosecuting Republicans and conservatives.

ANDROID CAI/7- I must correct you Varos. The US Attorneys at question were being fired for not investigating and prosecuting real crimes in their district. They were willfully ignoring or dragging their feet prosecuting illegal alien smugglers and cases of voter and election fraud.

VAROS- But isn't being a Republican or conservative illegal in America?

MOXARGON- Not yet, you'll have to wait until after Hillary Clinton's election and the suspension of the constitution. Now I've looked into this matter, and US Attorneys are political appointments made by the President. As President he has the right to fire any of his appointments at any time, whether it's out of an office, an airlock, or a particle cannon. Bill Clinton fired all 93 US Attorneys when he took office and nobody in the press raised a peep.

VAROS- Yes, but he's a Democrat. When Democrats do something, it's for the greater good of humanity. When Republicans do anything, it's the product of some vast Right-Wing-Zionist conspiracy. Rosie O'Donnell told me so.

MOXARGON- All right. Next issue: Iran has kidnapped 15 British Marines and Sailors, and has announced that it plans to try them for espionage, which will surely get them executed. What do you think about it?

XRAN- It's a blatant act of war on the part of Iran. Ahmadinejad is hoping that a shooting war with a western country will distract the Iranian people from his bloodthirsty incompetence and save his presidency.

VAROS- I can't disagree stronger. Rosie O'Donnell says that this whole thing was set up by the Bush administration as a pretext for war with Iran. All Bush wants is constant war, at least that's what Rosie says.

ANDROID CAI/7- Rosie also says that 9/11 was a conspiracy between the White House and the New York Fire Department. Let me explain this logically. It is very hard to get sane western humanoids to volunteer to die horrible, painful deaths, so their government can have an excuse to send more of their citizens off to die horrible, painful deaths. The Middle East is another story, but they are severely lacking in the logic department lately.

MOXARGON- Good points, especially about the lack of logic in the Middle East. Hell, the poor bastards in Gaza are literally drowning in their own shit because their terrorist government isn't competent enough to build functional sewage treatment. But getting back on topic: I would also like to add my complete disgust at the lackadaisical reaction of the British people. In 1850 a Portugese Jew named Don Pacifico was attacked in an anti-Semitic riot in Athens Greece. They looted his business and burned down his home. Don Pacifico was born in Gibraltar, making him a British citizen. In response, Lord Palmerston seized Greek shipping and blockaded the port of Piraeus until the Greeks made restitution. When asked to justify his action Palmerston said that it was the duty of the British crown to protect its citizens, no matter where they are, from injustice and wrong. Sadly, the average Brit is more concerned with bad reality TV, football, and getting drunk off their sorry asses than having the testicular fortitude to stand up to protect their own. My solution: Bomb Ahmadinejad's house and see how determined he is to end the world.

XRAN- That really set you off.

MOXARGON- Don't get me started again. Next topic: Congress passed a resolution calling for America's immediate surrender in Iraq. What do you think about it?

VAROS- I oppose all wars for human liberation, so I support this bill.

ANDROID CAI/7- Only serves to illustrate the depths of treachery that exist among America's political class.

MOXARGON- Exactly. I'm surprised the Democrats didn't get a fatwa of death from the Ayatollah's over their earlier War Budget/Surrender bill because it was just dripping with pork. America needs new leadership. But it should not come from the Democrats unless they seek their own destruction. They need someone who is not only willing to fight the forces of global jihad, but take on the corrupt and treacherous elements in their government, and even their own party. You know who I'm talking about. That's all the time we have for today. Be sure to leave a question, because we're going to have another round of "ASK THE MOXARGON GROUP." So come on puny Earthlings and partake of this wonderful opportunity to sample the wisdom to the greatest minds in the universe. Until next time, keep watching the skies, because we are watching you.

What is the alien term for RINOS like Chuck Hagel and John McCain?

This is THE MOXARGON GROUP the blog where the Overlord of the Known Universe and his minions analyze and occasionally mock the politics and cultures of a little blue-green rock call Earth. 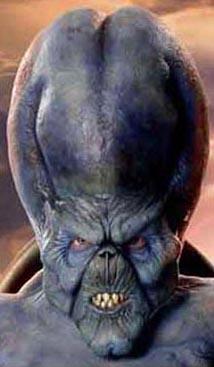 Ruler of the Known Universe 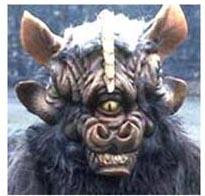 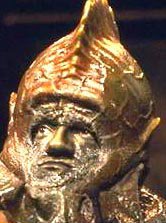 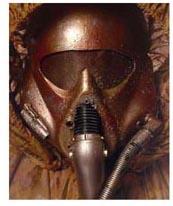 
*Except for Snotglob and Varos they exist for comic relief.

Check out the Signals from Space!

SOURCES OF DATA ON EARTHLING POLITICS